Bardahl can be found all over the world. In former 1950s and 1960s, Bardahl played a serious role in powerboat races (Miss Bardahl), on the racetrack as for example Indianapolis 500 and also sport airplanes used Bardahl.

The test in all kinds of races is still thè best way to test products. That is the opinion in the 1950s and that is what we still believe. At the end of the 1990s Bardahl returned again to Indianapolis with Christian Fittipaldi, whereas we went in 2005, 2006 and 2007 with a Bowler to Dakar. 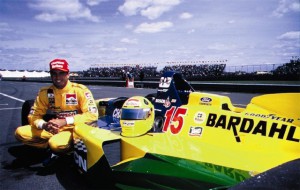 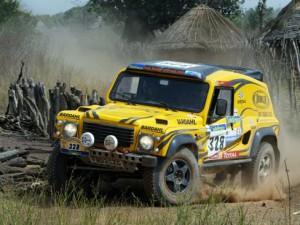 At national level, in the Netherlands, Bardahl is also very active. We know several sponsoring programs: rally sprint, Dutch Championship Group N, Rallycross, Circuit-racing and Karting.
The Bardahl – oil, additives, coolants etc. with which they race are also for sale for you. Circumstances more extreme than on racetracks can not be found. The used cars, motors, karts etc are pushed to the limit. The drivers ask the maximum of themselves and of course of their cars, motors, kart etc.
When they are satisfied with our product is that a compliment. Because that is for us the best proof that we deliver products to our customers which have proven themselves.