Bardahl’s “Polar Attraction” with Fullerenes contains a triple layer of protection and fights against wear, fiction and deposits. This is becoming more important because modern engines are heavy loaded (more power and torque, higher pressures and temperatures then before ). As loads increase oil is squeezed away from bearing surfaces. The result is increased friction and wear. 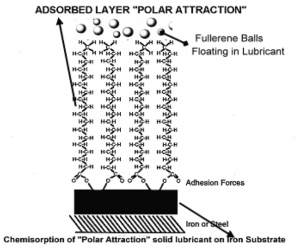 Fullerene is the third known form of stable carbon, besides diamond and graphite. BARDAHL is the first company in the world to apply the fullerene chemistry to the sector of lubricants, thus exploiting the fact that the fullerene spheres work like real micro-ball bearings, non-deformable and extremely stable: they interpose between contacting surfaces and reduce friction in their movement.

TRIPLE PROTECTION FOR THE ENGINE:

It fastens to metal and stays in place because the basic molecule used is a large one with a polar end group. Polar Attraction chemistry remains a protective plated film over metal surfaces during high temperature and pressure.

Field tests show reduced engine wear when the “Polar Attraction Formula” is used with Fullerene. The Polar Attraction “with Fullerene has proven itself in motor racing and other extreme applications. Bardahl products are widely tested in racing; This is an important part of R & D department. 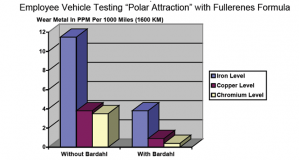