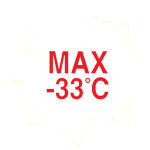 Bardahl Diesel Antifreeze contains a wax crystal modifier, which has proven its performance in diesel fuels worldwide. Tests have shown that this diesel additive will significantly modify flow characteristics of diesel fuel at low temperatures. The Antifreeze was tested under field conditions to see if it could prevent filter and fuel line blockage when added to diesel fuels. Failure in these tests was defined as clogging of fuel lines or filters with wax crystals so as to prevent normal engine operation. Bardahl Diesel Antifreeze lowers the flow point of diesel fuels, allowing engine operation a fuel storage when temperatures remain below freezing for extended periods. Use of Diesel Antifreeze will help prevent fuel from solidifying in fuel lines, tanks, and filters. This action helps to eliminate costly thawing producers and engine damage due to fuel starvation.

Bardahl Diesel Antifreeze is a concentrated version. Designed to treat most fuels at a ratio of 1 liter Antifreeze per 1000 litre fuel or a ratio of 1 litre per 500 litre of fuel. The most efficient treatment ratio for a particular fuel may vary, depending upon crude source and wax content.

For best: result mix Bardahl Diesel Antifreeze thoroughly with diesel fuel. Where high sulphur fuel mare in use, a combination of Antifreeze and Oil Booster will allow maximum engine performance while preventing significant bearing corrosion. For bulk stored fuel it is necessary to ensure thorough mixing of the additive in the fuel. When adding to a vehicle fuel tank it is recommended that the additive is pored into a partially filled tank (i.e. approximately quarter full). The fuel tank should then be filled with fuel. Let the engine run for a few minutes to flush fuel lines and filter assembly.

The additive must be added when the fuel is at least 5°C above its cloud point.

When do you need Diesel Antifreeze?

Wax is a high energy, high cetane component in diesel fuel, which can crystallize out at low temperatures causing filters to clog restricting or preventing fuel low. Small amounts of water in fuel can crystallize (form ice) at temperatures below 0°C (32°F) and can block fuel lines and filters. This same water will corrode pumps, injectors and other fuel system parts. Deposit formation can clog injectors, pumps and filters and will increase exhaust smoke and fuel consumption.  With Bardahl Diesel Antifreeze you can prevent these problems.

Go to the extended product information of the Diesel Antifreeze

More information?
If you cannot find what you are looking for or want more information, please fill out the contact form. We will handle your request promptly and professionally. You may also directly contact us by phone at 0031 78-651 23 22.